What a lovely Sunday it has been. The sun is out, the washing is dry and the Giants are leading 3 to zip in the World Series – Yahoo! My Grandma hasn’t been travelling so well lately and at the age of 95 is an avid Giants fan, so I hope they can do it for her! She either mentions the Giants or the Niners in every letter she writes to me! Go Giants!

Anyway, to more important news (as many of you may see it!)…. As our Mental Maths book has become harder, the children have begun to be exposed to millions and hundredths. They have dabbled in millions all year, wanting “Wow’s” by saying BIG numbers, but never really understood the concept. My teaching partner came up with this idea and I turned it into an activity for us to make as a reference. 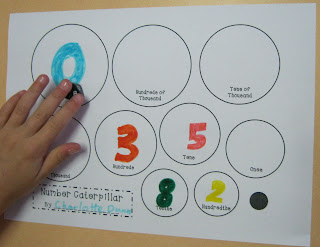 First we used a ten sided dice and rolled 9 numbers and placed in different circles on the worksheet. Each circle is slightly smaller than the circle before it! 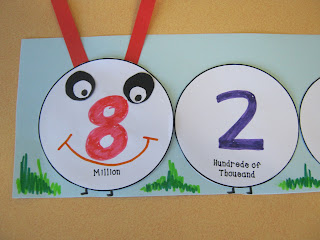 Then we cut it out and made a caterpillar. I was going to laminate them to put them on their tables, but they ended up way to big (60cm long) so I am going to put them on display in the classroom for children to refer to.
We are also having to work with decimals and fractions a lot more. So I included this caterpillar activity in my new Decimals and Fractions – Making Connections booklet. Also included in this book is a decimals number expander for tenths and hundredths! Here is a sneak peek…. 37 pages in total with full explanations. 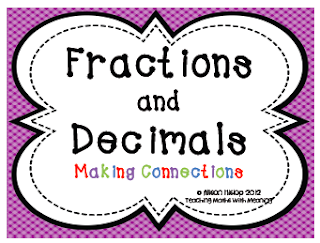 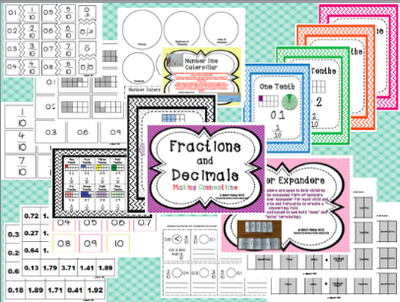 You can download it here on Teachers Pay Teachers
Enjoy the rest of your weekend and have a great week inspiring young minds.

Time to spend your Free TpT credits you have been

Did you know you can shop for FREE on Teachers Pay

Did you know our One to One Correspondence pack no

Have you read our recent blogpost on 3 Easy Ways t

Teach new Maths Vocabulary the easy way with these

Beauty in the small things.... it's been a chilly

Donut Day is approaching! How are you celebrating