First day of our Summer break and I wake up at 5am, typical! It has been a crazy week packing up the classroom and moving everything home and keeping the kids nice and settled with the impending arrival of Santa but we made it through! Since the dog and I are up I thought I would sit down and catch up on a few things online…

Are you using an Elf on the Shelf in your classroom this year? I was so excited when I purchased the book and Elf back in October and I am so glad I am organised to use it this year! The children LOVE it, are engaged, come to school early everyday and, let’s admit, I have been having a bit of fun with in the classroom too!

Here my elf pictures for the week! 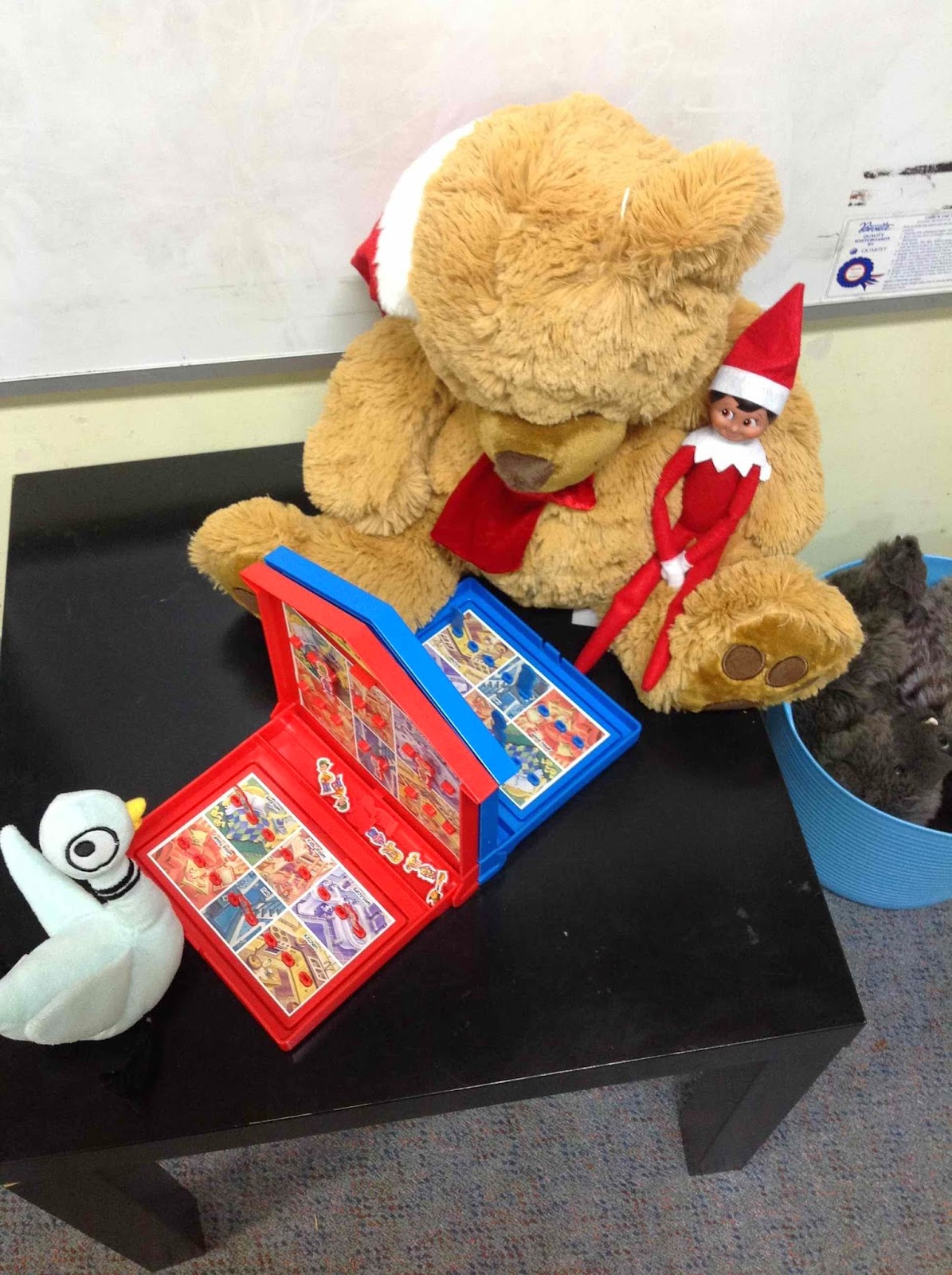 Isaac started off the week playing a game with pigeon and bear. 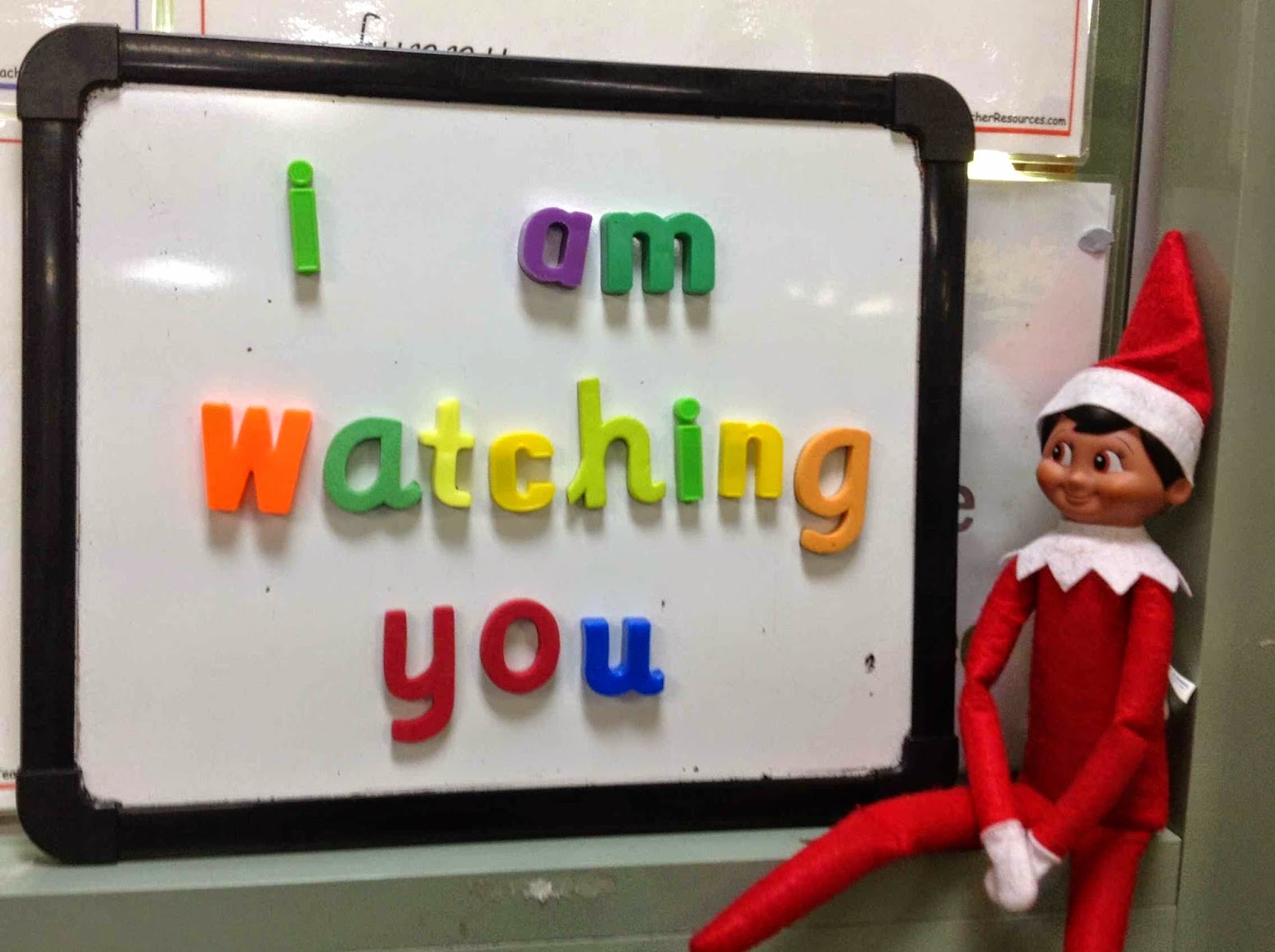 On Tuesday it was our party day and Issac had punched himself up high in the class, but then feel down! Luckily he flew back up when we were at the park! 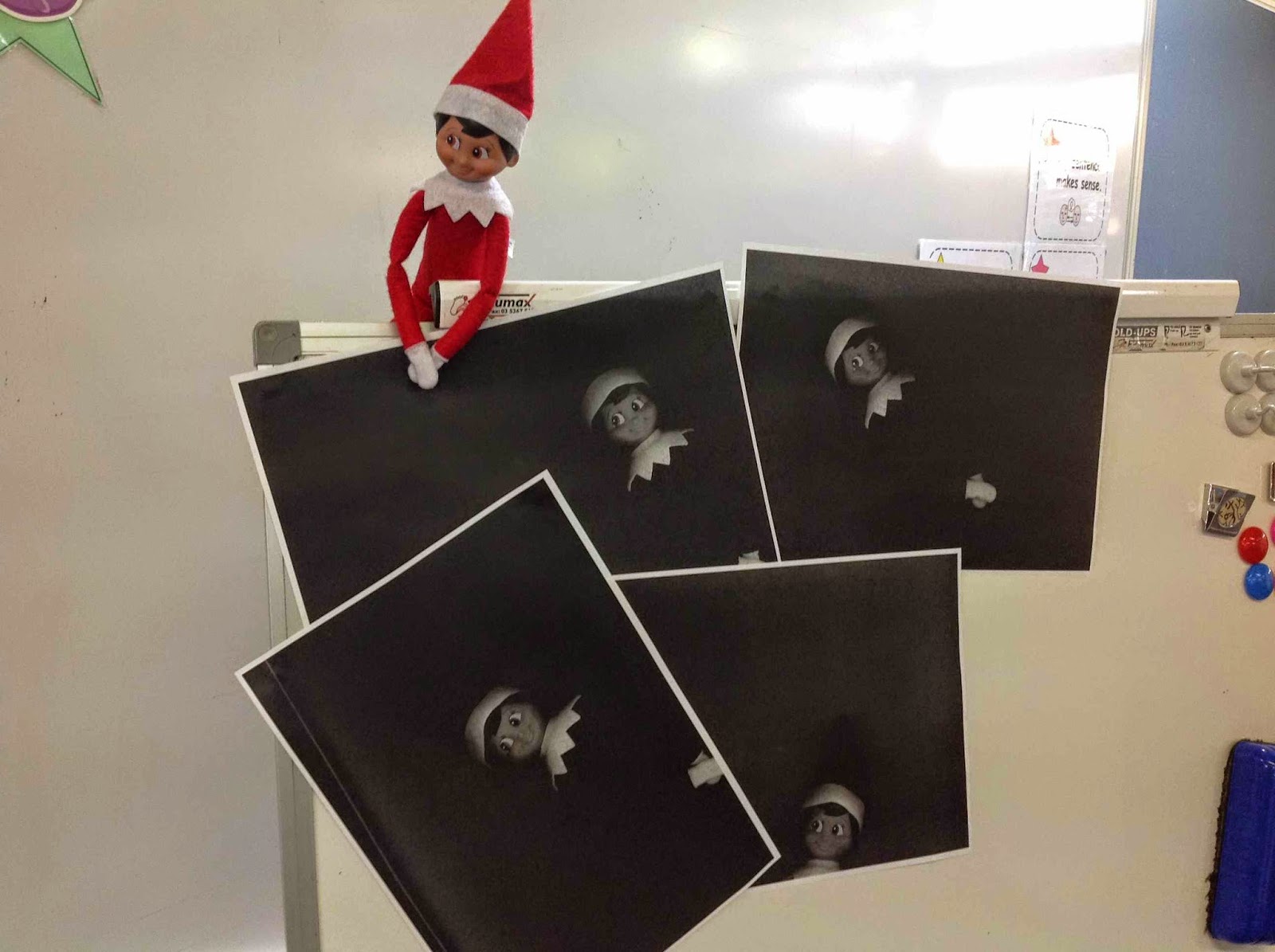 Wednesday he photocopied himself. 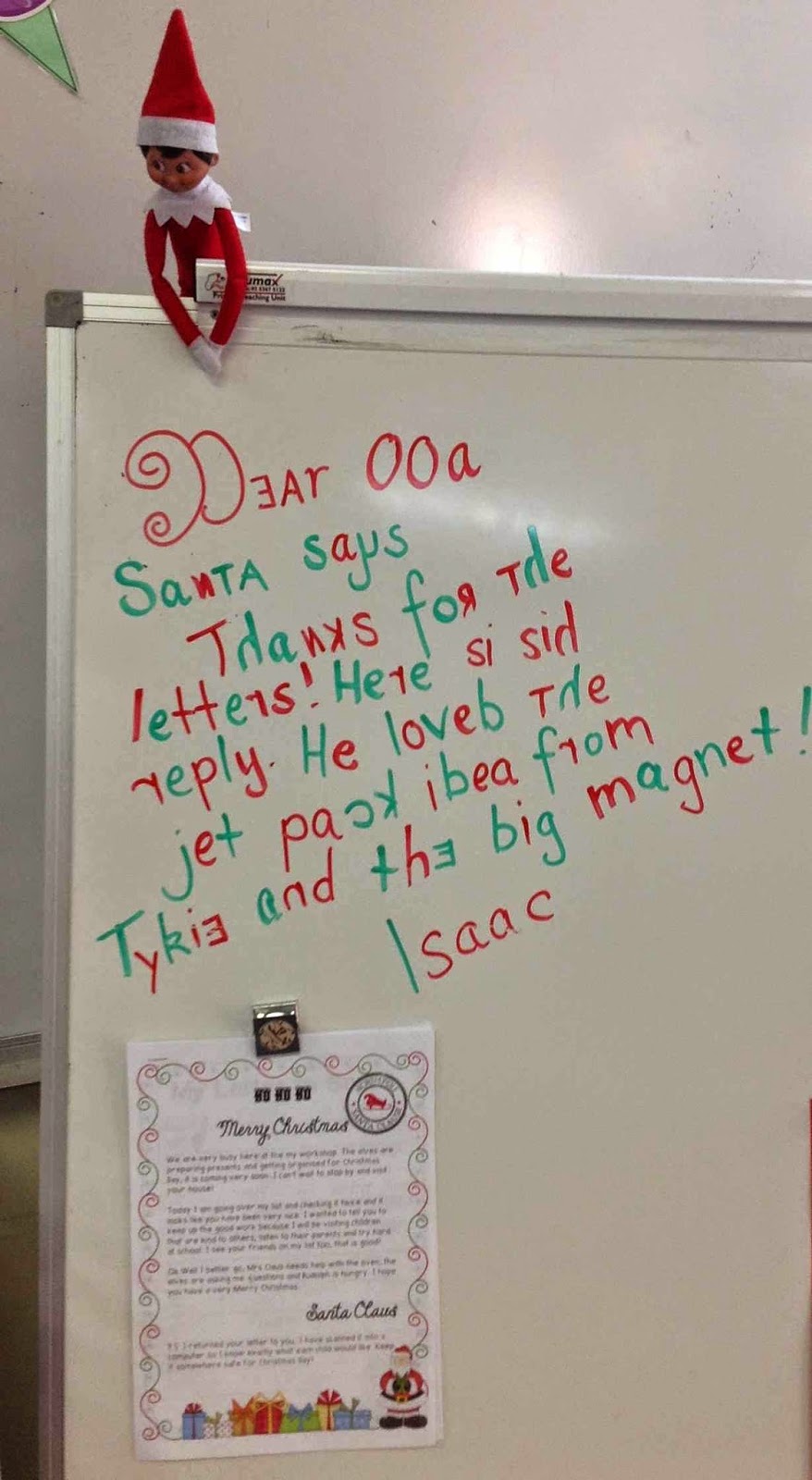 On Wednesday we had completed an activity and we wanted Santa’s feedback. Luckily Isaac came back with some feedback as well as some letters from Santa on Thursday. 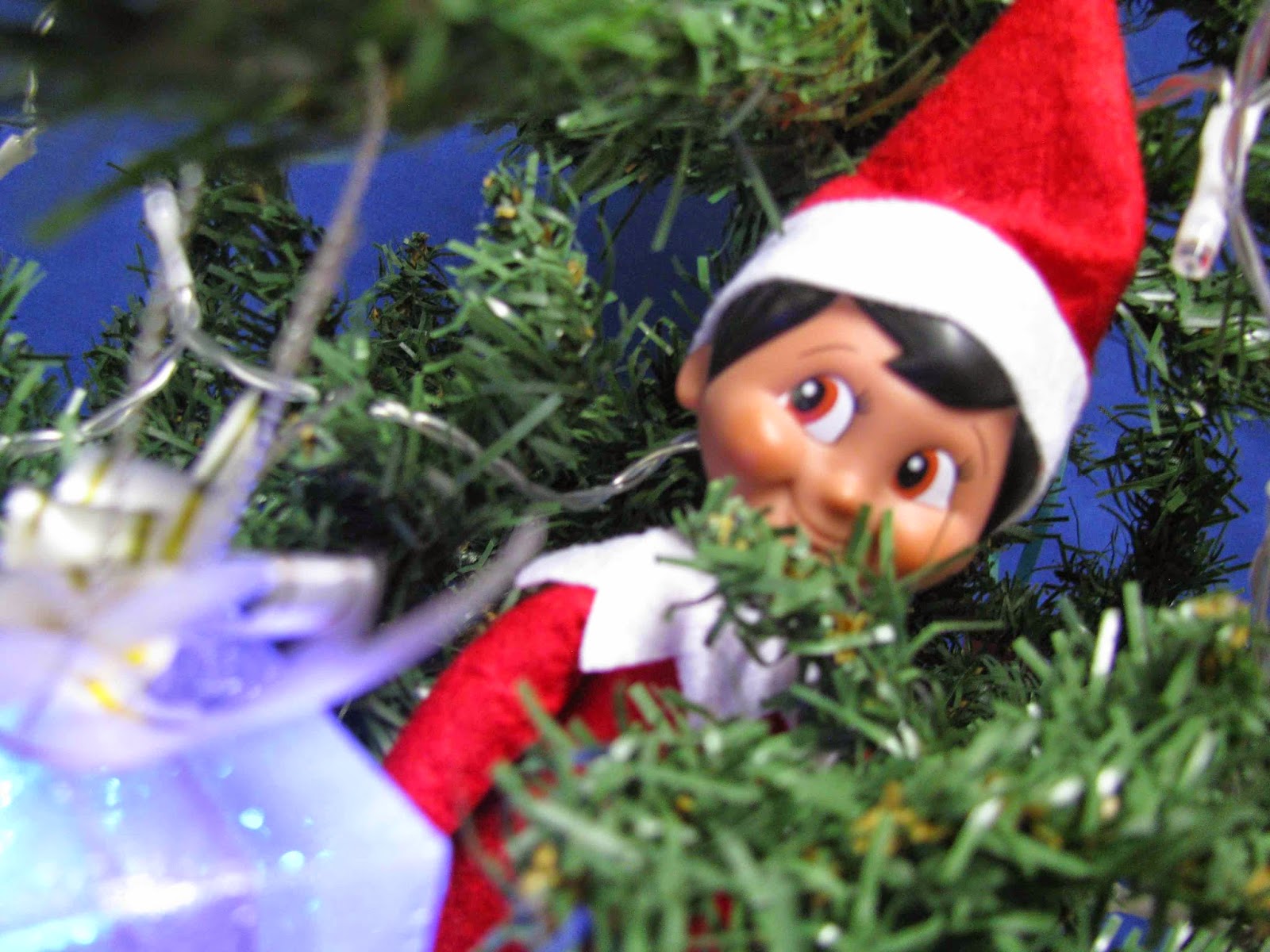 On Friday, Isaac took an “elpie” of himself hiding in the room and put it up on the Smartboard. He wished us a Merry Christmas and said he would pop into our houses to see we were doing the right thing over the next week!

« Christmas Time is Coming! Are You Organised?
Five for Friday! »

Shop up big on Christmas activities to get you thr

Roll and Cover - the perfect game to practice your

Download these FREE Number Sliders to help you tea

Have you used Fact Family Triangles before? Fact

Positive Reinforcement before anything else! Do yo

Other than maths, my other big love is teaching Ha